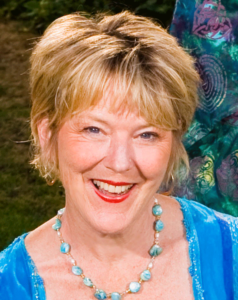 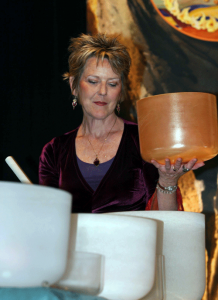 As a musical intuitive, each of Elivia’s concerts is unique and is created for that event, time, and space. She has presented her healing music singing crystal bowl concerts for churches of many denominations, for organizations, schools, hospitals, and hospice centers, at conferences, expos, 5-star destination spas and resorts, for celebrations, weddings and rituals, as well as for a vast variety of wellness and healing centers.

Crystal Vibrations Music was officially established in December of 2000 in conjunction with the recording and release of the first compact disk called, Celestial Memories. This music production was quickly followed by the release of three more compact disks, Journey to Wholeness(2002), and Crystal Portal (2004), and Terra Firma (2006).

Crystal Vibrations Music is dedicated to playing the soothing, healing music of the spheres. Unique in sound and composition, the ensemble is dynamic. Many different instruments and performers participate. As the world changes and shifts, so does the composition of the ensemble and the music.

Item added to your cart

Continue Shopping Go To The Cart